Formula 4 United States Championship Powered by Honda pilots and teams have reached the last appointment of the 2018 season. The contestants meet for the final stages at the Circuit of the Americas in Austin, Texas, the same track where the Formula One World Championship will be competed, Oct. 19-21. Among them is the Brazilian Kiko Porto (Petromega / BF / DE Force Racing / Speed Group), who has made six F4 U.S. starts and finished in the top-10 in the five of those six races. Inside F4, Porto follows the objective of gaining more experience to start the 2019 season stronger and with the chance to fight for victories.

Porto has made good use of every step that has been presented in the construcion of his career and the experience  of having this contact with the Formula 1 pilots and teams has been exciting for the young Brazilian, who dreams of competing in the category in the future.

This weekend the work begins in doing good training and thus getting a starting position that gives him conditions to fight for the podium. 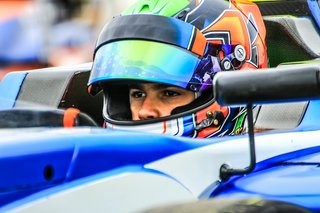 "It would be really important for me to reach the podium in this first year, even with me not doing the entire season. But the most important is to continue adapting myself to the category and getting to 2019 with real chances of fighting for the victories. As for Formula 1, being here in this moment only increases my desire to continue fighting for my dream to get there one day," said Porto after arriving in Texas.

In this double round, Porto will have only one free practice on Friday by the official schedule and soon after he’ll do the training that defines the starting grid for the 16th stage of the F4 U.S. season. The start of the first race is scheduled for 6:00 p.m. on Saturday (10/20). As for the 17th stage, the last of 2018, will be on Sunday (10/21) at 10:15 a.m. Following is the schedule of the Formula 1 World Championship’s round.