A year of great racing and championships were recognized at the season-end Formula 4 United States Championship Powered by Honda banquet in Austin, Texas. With a total of six wins, an additional eight podiums and two top-10 finishes, Joshua Car of Sydney, Australia, was crowned the newest F4 U.S. champion and awarded a comprehensive F3 Americas Championship Powered by Honda scholarship valued at more than $230,000 to progress up SCCA Pro Racing’s open-wheel championship ladder. 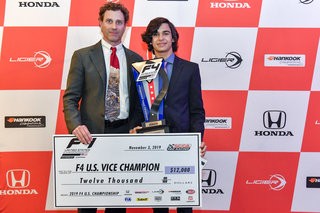 The 2019 F4 U.S. National Champion also received an invitation to the annual FIA Prize-Giving ceremony, uniting champions from every major disciple of motorsport including Formula 1 together to receive their official FIA awards during a unique star-studded gala evening in Paris next month.

In addition to the scholarship and gala invitation, Car was presented with the Spirit of Honda Award, recognizing his outstanding performance as a Honda driver and brand ambassador.

"I owe this championship to one person, Patrick Flynn (co-owner of Crosslink/Kiwi Motorsport),” said Car. “He has opened up his home and heart to me and without his generosity none of this would have been possible. He took me under his wing and became a fatherly figure to me. He has transformed me into a better driver and a better person. A huge thank you to Patrick and I am so excited to take my next step into F3 Americas with Crosslink Competition.”

In his first full season in single-seater competition, Kiko Porto of Pernambuco, Brazil, placed second in the season-long points battle. Along with a cash prize, Porto was awarded a full day test in the Ligier JS F3 car from Velocity Racing Development.

Porto claimed eight podium finishes which included three wins, along with an additional seven top-10 placements. At 15 years old, Porto was the youngest driver to ever win an F4 U.S. race.

“My team and I wanted this position in the standings very badly,” said Porto. “Thank God, my family for their support, all who cheer for me and my team, DEForce Racing, for their work all year long. May 2020 be even better.” 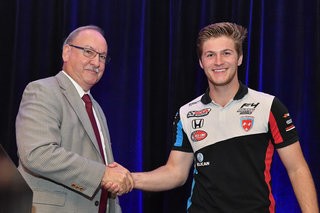 In addition to his cash prize, Brooks also received a testing opportunity in a F3 Americas car with Velocity Racing Development at its homebase in Georgia.

“I didn’t know what to really expect coming into my first year of open wheel racing,” said Brooks. “The season was full of huge highs and low lows. Competing against Joshua and Kiko was so fun all year and really made me a better driver. I am stoked for whole the Jay Howard Driver Development team and for my teammate Christian (Bogle) who had a breakout weekend here at Circuit of The Americas.”

Drivers placing fourth through 10th place were also acknowledged and awarded with cash prizes. The top-10 represented five different countries and three of the 10 were rookies. 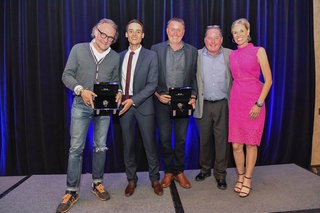 Blanco was presented with the Cameron Das Pole Position Award presented by Druck. The Puerto Rican pilot collected five pole-position starts, the most of any F4 U.S. competitor this season. His consistent speed throughout the year earned him the award and the $2,000 end-of-season contingency prize from Druck.

Inaugural champion Cameron Das still holds the record for most fast laps and poles set in an F4 season.

“Cameron is a great driver and it was an honor to be recognized by Druck,” said Blanco. “The Crosslink/Kiwi Motorsport team had an outstanding year with poles and fast laps. This season was a lot of hard work and we came on strong in the last few rounds of the season.”

Ligier Automotive North America’s Catherine Crawford presented Chandler Horton of Zionsville, Indiana, with the Catherine Crawford Most Improved Driver Award and $5,000 for his tenacity and determination that it takes to succeed throughout a racing season. Horton also received a testing opportunity from Velocity Racing Development in the F3 Americas car.

"It was a great honor to receive the Catherine Crawford Most Improved Driver award at the banquet,” said the Alliance Racing sponsored by Gas Monkey Energy driver. “As a race car driver you are always looking at ways to improve and to have been selected for this award from such a highly regarded group such as Crawford Engineering and Ligier Automotive meant a lot. I'd like to thank Max, Catherine and the rest of the crew for presenting this award and for the opportunities that are coming from it. A huge thank you to Toney Edwards and the Gas Monkey Energy Alliance Racing Team for a great season. Also, a thank you to the Mordfin Group, Alan Lewis, and Greg Pawlowski, this season would not have been possible without their help. Lastly, a big thank you to my crew, Greg and Brian, for their help all season long and to my parents for their unwavering support and dedication."

For the second consecutive year, Crosslink/Kiwi Motorsport was awarded a custom BRM Chronographes watch for claiming the F4 U.S. overall team championship. The team, composed of mostly sophomore full-time drivers, Car, Blanco and Leist, along with partial-season drivers Dante Yu, Liam Snyder and Josh Sarchet, and owned by Teena Larsen, Garry Orton and Patrick Flynn, produced top-10 results in all 17 rounds and visited the podium 25 times, securing a total of nine wins. DEForce Racing and Jay Howard Driver Development took the honors of second and third in the team championship. 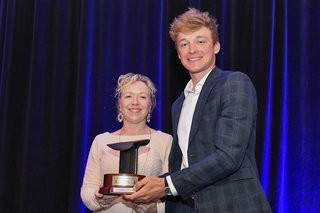 The F4 U.S. Championship team title was determined by the team that scored the highest number of points during the season. Points were assigned based on the results from the top-two highest placing cars for each team at each event.

The FIA Super License is a qualification allowing the license-holder to compete in the Formula One World Championship. The license is issued to drivers who have met the FIA criteria of success in the junior motorsport categories. A competitor must obtain 40 points within a three-year period to apply for a Super License. Car, the points’ champion, received 12 Super License points. Subsequent positions earned between 10 and one point depending on their final placement.

The evening concluded with SCCA Pro Racing General Manager Sydney Davis Yagel reminiscing on the successful 2019 season and delivering insight into the 2020 season. The full 2020 F4 U.S. schedule will be announced in the upcoming weeks.