TA2® West Coast grows by double-digits in the off season

With more than 30 drivers slated to compete, the expanded field will take the green on Sunday at 1:00 p.m. Pacific for a 100-mile combined feature through the hilly Sonoma circuit. (Live Timing and Scoring)

The TA2® class saw the most growth out West in the off-season, claiming 22 of the 31 entries entered for the first round at Sonoma.

Reigning West Coast TA2® champion and 2020 Iron Man Jim Gallaugher returns to the cockpit of his No. 34 Madison Development Group Ford Mustang to defend his title. Gallaugher, who competes as a Mike Cope Race Cars driver in his National campaign, will run out of the J & L Racing tent for Sonoma with continued support from Mike Cope.

“Last year was my rookie season in Trans Am, and I feel fortunate and honored to have won the West Coast Championship,” said Gallaugher. “It’s great to see over 20 TA2® cars entered for Sonoma, the competition level is going to be at a much higher level this year, but I don’t feel like I have a target on my back even though there are a lot of fast drivers capable of a podium finish.” 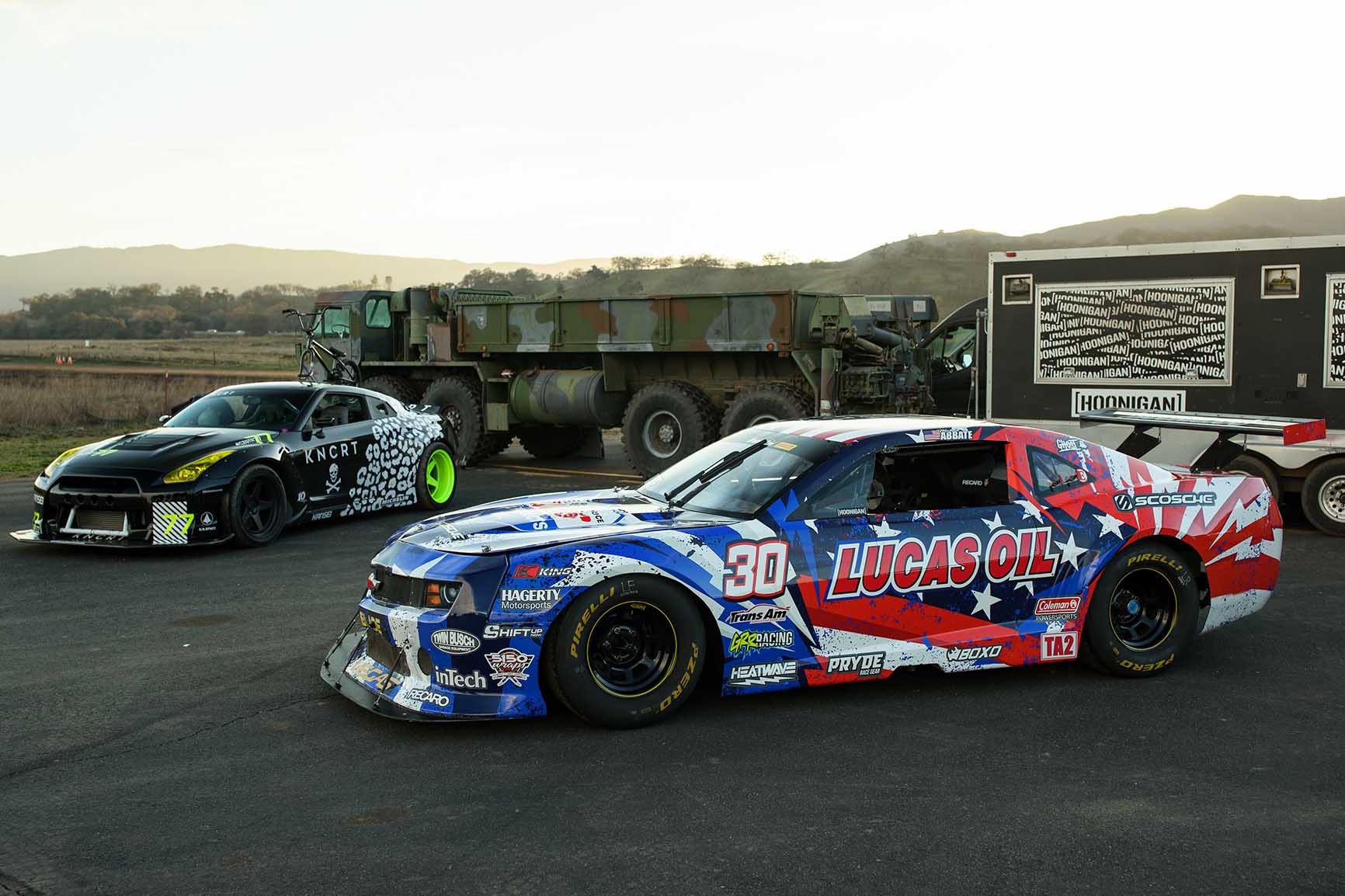 Gallaugher’s TA2® West Coast rival Michele Abbate will also return to the grid. Outfitted in a new All-American livery on her No. 30 Lucas Oil Products Chevrolet Camaro, Abbate will be campaigning for the title she missed out on last season by a single point.

Sonoma is a special place for Abbate, who scored her first podium finish at the historic circuit in 2020 to become the first female in TA2® history to be represented on the boxes.

“We have worked harder than ever during this off season to prepare for 2021,” said Abbate. “With the continued help and financial support from Lucas Oil Products and our other partners we have made improvements to our car in ways we were unable to in the past.  The biggest difference from last year to this year will be my new Andrew's (www.AndrewsProducts.com) transmission which is a huge update from what we previously had in the car the last 2 years.

“It is so great to see the growth for the region and the series and I am excited to showcase our improvements against some really great talent,” Abbate continued. “The Grr Racing team has never been more prepared to take on the race season!”

With NASCAR adding more road courses to its schedule, TA2® has become even more attractive to up-and-coming drivers like Sam Mayer, Connor Mosack and Matthew Butson.

After a win at Charlotte Motor Speedway, Mayer (No. 8 M1-SLR/Fields Chevrolet Camaro) leads his class in the Trans Am ProAm Challenge. This weekend will be Mayer’s first visit to Sonoma under the TeamSLR banner, but with several hours of preparation time on the simulator, Mayer is up to task to defend his first TA2® win.

“When it comes to my Trans Am car from M1 Racecars, the more seat time you get the better,” said Mayer. “I love stock car racing, but any time I can race at a new place is amazing. I go to these races to win. No matter if it’s a new track or one I’ve been to three times before, I go to win. Anything less we go back to work to get me and the cars better so we can do just that.” 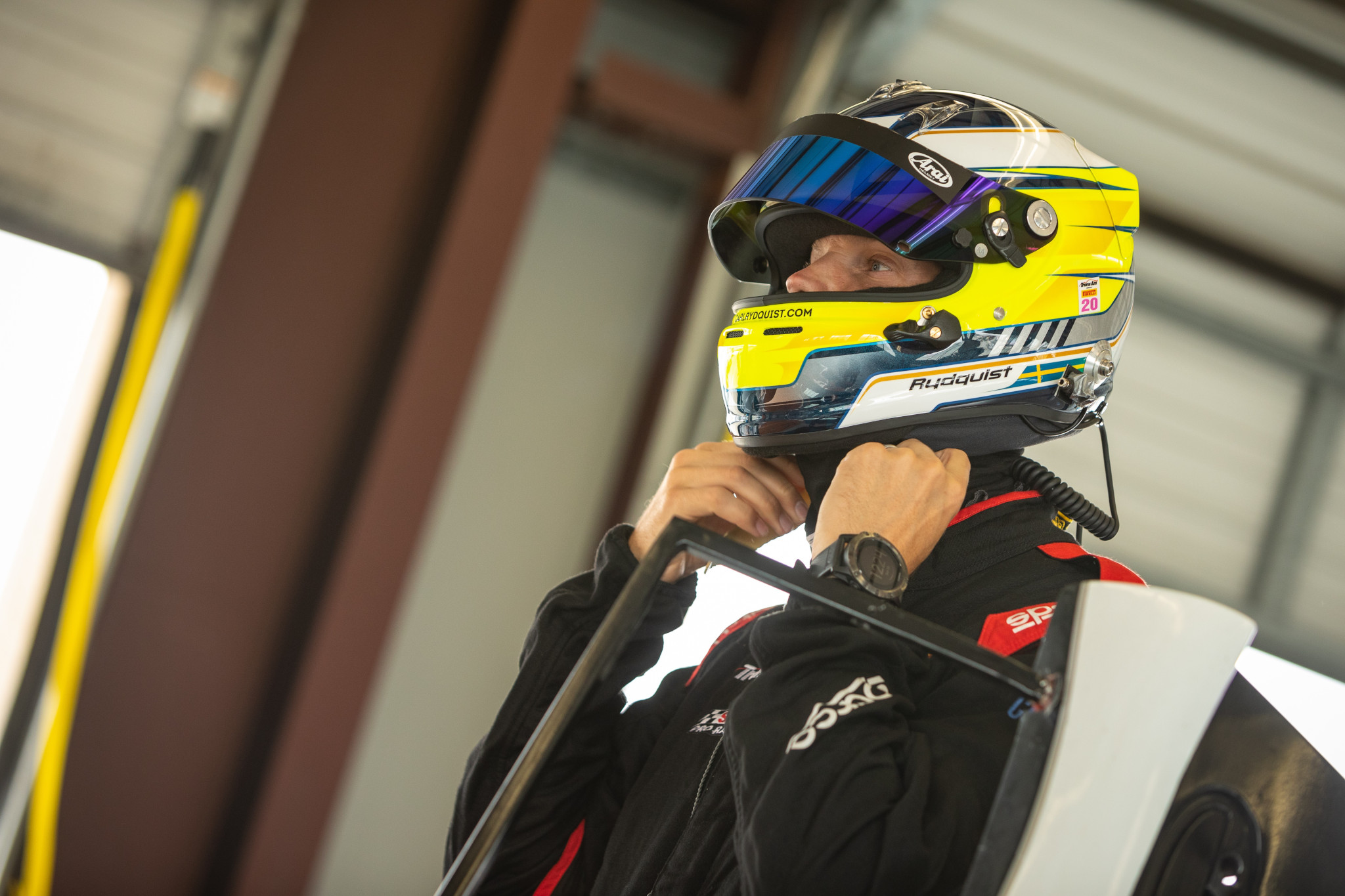 The 2020 SGT champion Carl Rydquist traded in his prototype for a Ford Mustang for a chance at the TA2® West Coast title.

“I like to step up the challenge in Trans Am and had been looking at options for 2022, then this very special opportunity came up,” explained Rydquist. "I am looking forward to my TA2® debut at Sonoma. TNM Racecars4Rent TA2 cars are well built and proven fast. Optimal Stunt, a new premier stunt and precision driving agency is partnering with us this season. Trans Am is one of the top road racing series in the United States. I've gotten to know the series from the driver seat of the GTM and raced with many of the West Coast and National drivers already, on track and in the Torque Esports Assetto Corsa environment. I feel incredibly fortunate to have had the help of other TA2 teams, who took the time to answer my TA2 related questions.”

With Rydquist leaving the SGT title open, the chase for a new production class winner will be between two Porches, a Corvette, a Monte Carlo, a Camarot and a Monaro piloted by Gene Sigal, Sean Whitwood, Rudy Revak, Rob Crocker, Greg Tolson and John Schweitzer.

Trans Am national drivers are taking advantage of the one-tow back-to-back events to race at some of the nation’s best tracks. Entered in the Trans Am class, Chris Dyson and his teammate Humaid Al Masaood (No. 21 Amamos LaVida Tequilla Ford Mustang) will bring 850hp to echo through hills of Sears Point.

While it’s not a points-paying weekend for Dyson’s team, he couldn’t pass up the opportunity to compete at Sonoma in his No. 20 Plaid Ford Mustang.

“I am really excited to come back and race at two of my favorite tracks in the TA Mustang,” said Dyosn. “It's going to be terrific to be competing at our branding partner Altwell's "home tracks." We also will have both our team cars competing in each California race and it will be Humaid Masaood's first time at Sonoma. The backdrop is absolutely gorgeous. It is a stunning part of the country. And the track is fundamentally still the same configuration that it was when it opened. There's an amazing heritage there. It is one of the great North American tracks, and the track is really challenging with lots of elevation changes, and it requires rhythm and commitment. There's a lot to look forward to in the next couple weeks.”

The Trans Am West Coast season-openers starts on Friday with a full day of testing, followed by an official practice and qualifying on Saturday. Headlining the Sonoma SpeedTour weekend, the combined-class Trans Am race is set on Sunday at 1:00 p.m. Eastern.  Follow www.gotransam.com/livetiming for live timing and scoring throughout the weekend.