Mayer, Gregg and Crocker fastest in class at Sonoma Raceway

SONOMA, CALIF. (24 April 2021)- The fast turns and steep elevation changes at Sonoma Raceway made for an interesting qualifying session for the Trans Am Series presented by Pirelli West Coast Championship drivers on Saturday afternoon. 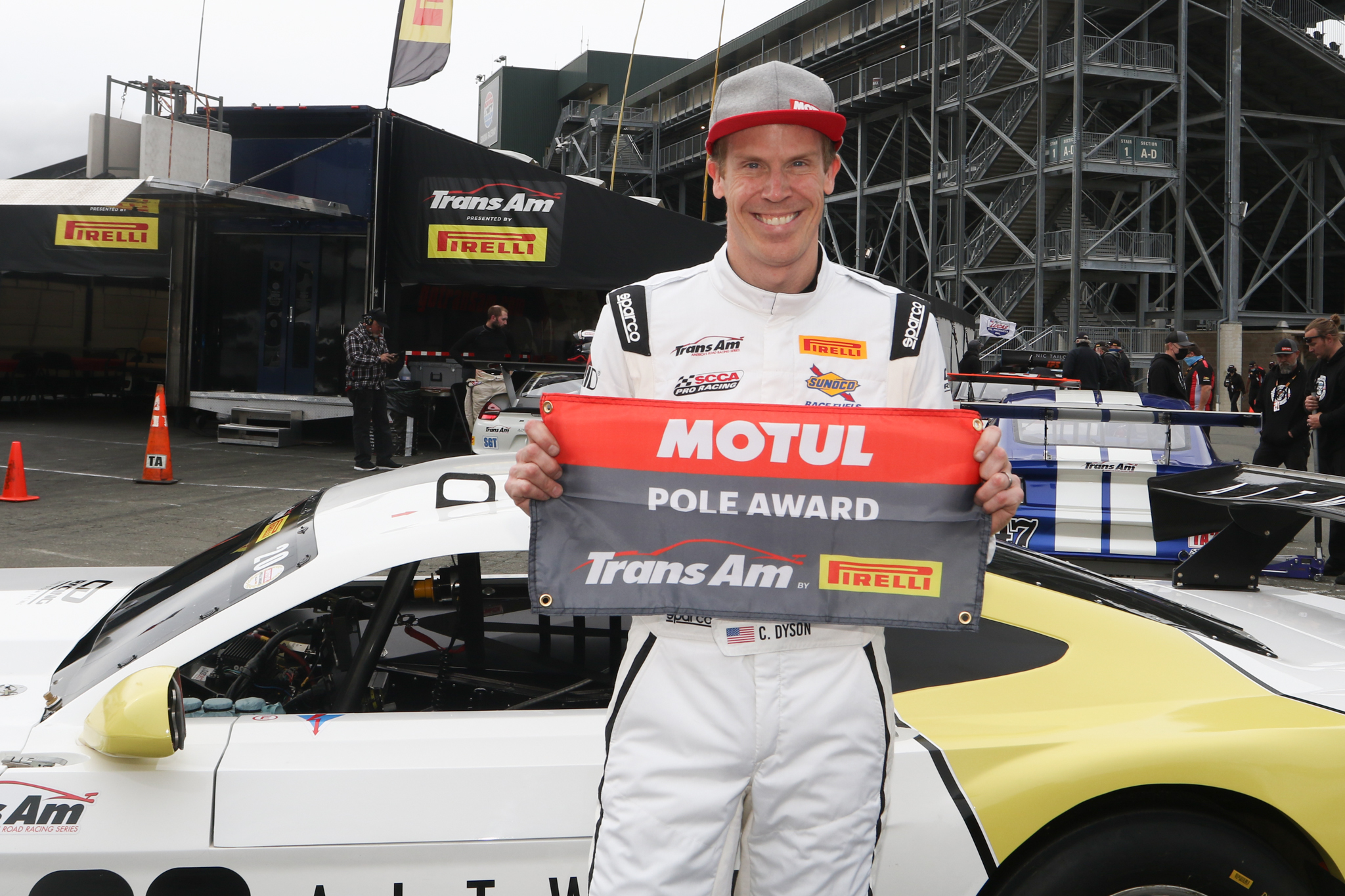 Chris Dyson dominated the TA/XGT/SGT 20-minute qualifying session, breaking the track record by more than two seconds with a 1:32.923-second flyer on Lap 4. The former record of 1:34.994-seconds was set in 2020 by legendary Trans Am driver Greg Pickett.

Confident in his time, Dyson parked his newly yellow and white outfitted No. 20 ALTWELL CBD Ford Mustang after laying down his personal best lap to save his Pirelli tires for Sunday’s 100-mile feature.
That pause proved to be the right decision, as Dyson’s time was the fastest overall of the day, earning him the Motul Pole Award.

“The car was brilliant today,” said Dyson. “I always love coming to race here at Sonoma. This is my first time bringing the Trans Am car, and I am so glad to put my new sponsor Altwell CBD on the pole. It’s going to be a great race, we have a lot of work to do, but it sure is nice to come here today and get the track record to continue my family legacy here.” 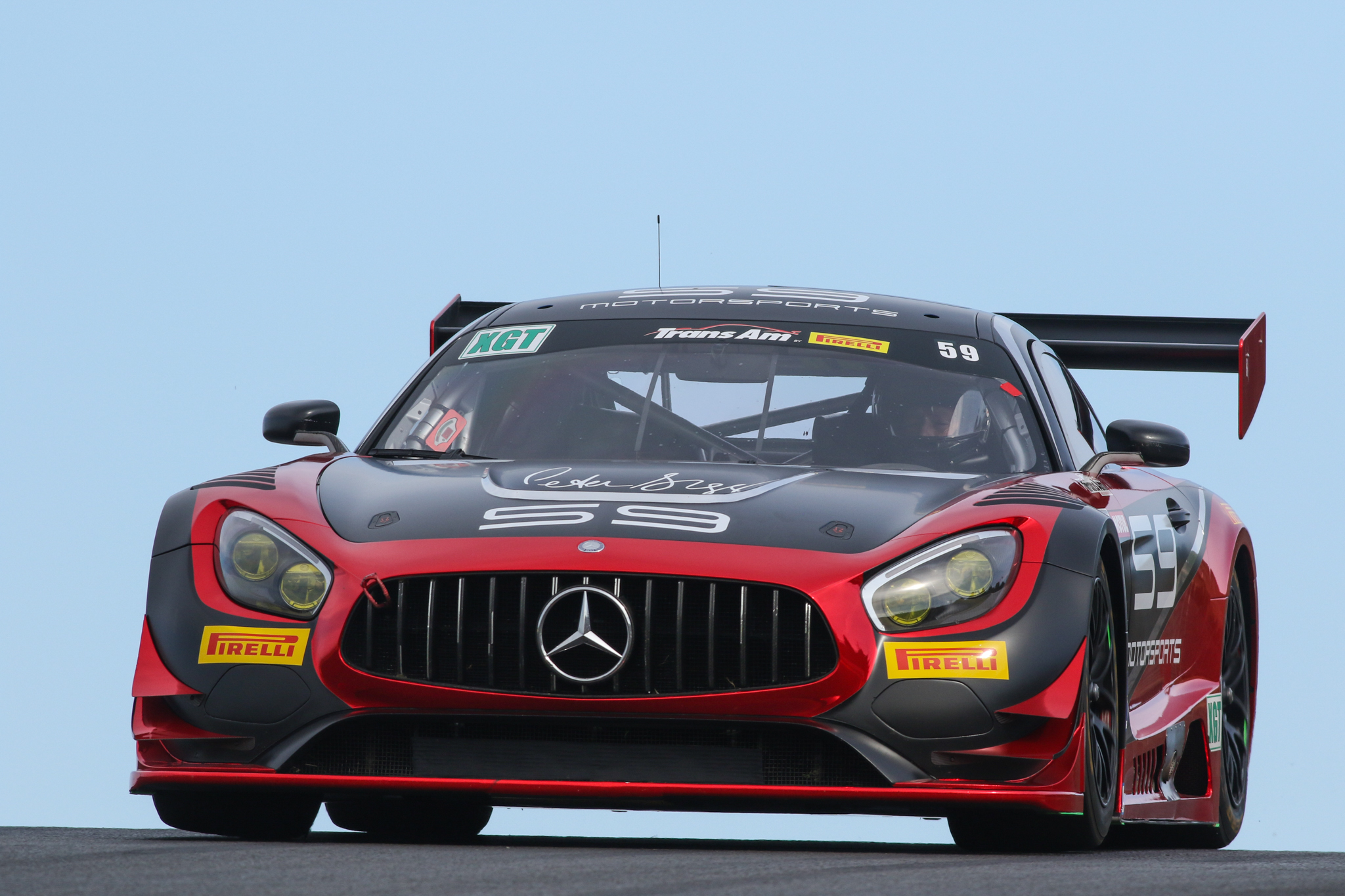 Driving the No. 59 The Peter Gregg Foundation Mercedes Benz AMG, reigning XGT champion Simon Gregg set the fastest time in his class with a flyer of 1:35.879-seconds. Gregg was briefly eclipsed on Lap 7 by Erich Joiner in the No. 10 Good Boy Bob Coffee Roaster Porsche 991 GT3 R, but the seasoned racer went back to the top on the following circuit.

New this season, the mixed-class field will line up according to the drivers’ overall time, regardless of class- which means Gregg’s Mercedes AMG will start off pole next to Dyson’s Ford Mustang.

With the sun fading into clouds and track temperatures dropping, the TA2® session started with a black flag before the completion of the first lap. After having a strong performance in practice, running a third-overall time, Scott Borchetta made contact with the tire barrier exiting Turn 8. Borchetta remained unscathed by the incident but his No. 48 Big Machine Vodka Ford Mustang did not continue the session.

Following an extended clean up, the drivers returned to qualifying with an additional five minutes added to the clock. Charlotte Motor Speedway winner Sam Mayer topped the TA2® standings on the first lap in the No. 8 M1-SLR/Fields Chevrolet Camaro, and beat his own personal best time (1:36.877-seconds) on Lap 3. 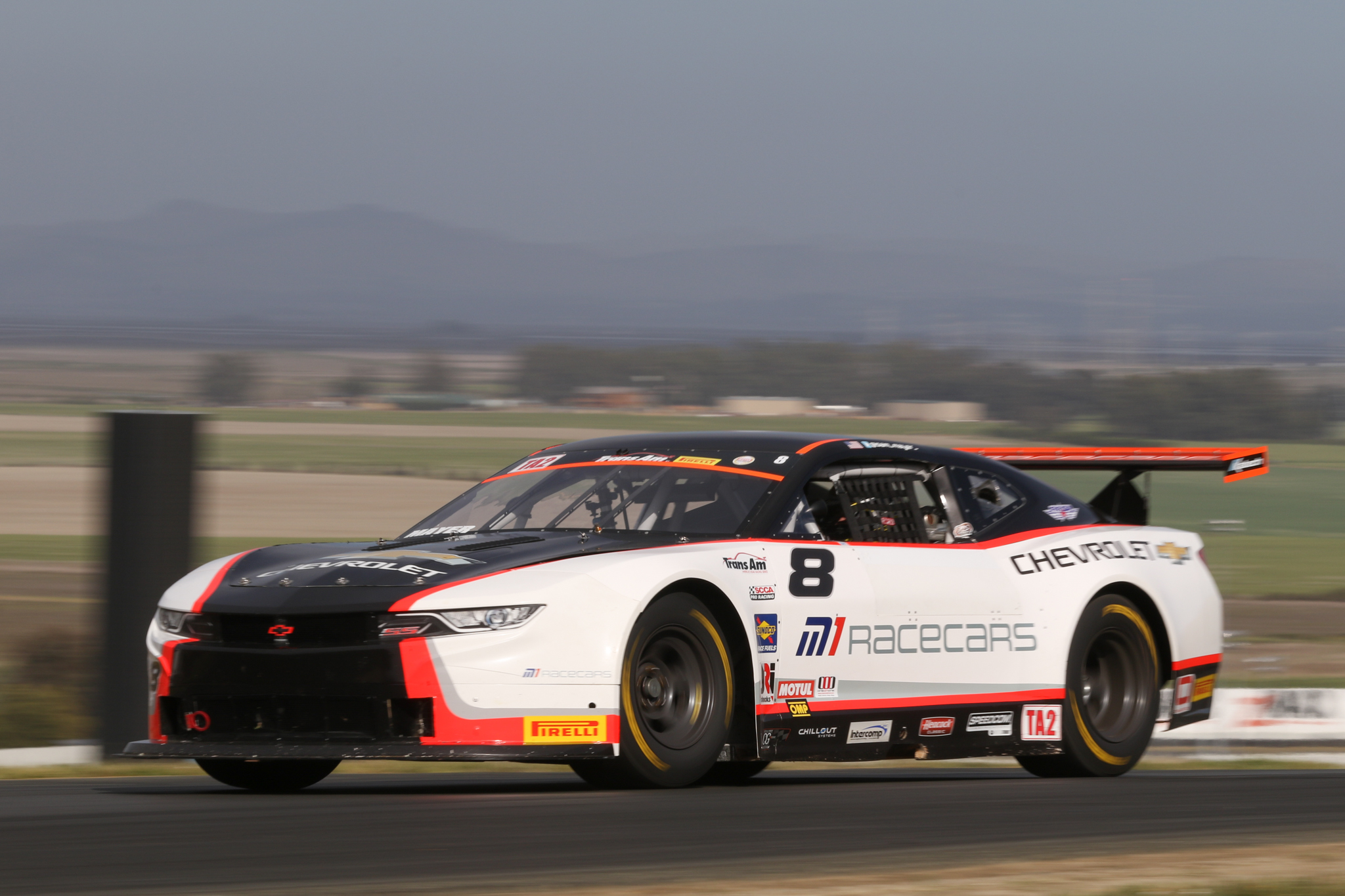 “It’s my first time here, and it’s awesome to come in and dominate the class like this, it’s a great feeling,” said Mayer. “TeamSLR and Scott Lagasse put together a great piece for me today and I’m going fast. I just have to do my part in the race tomorrow and go out there and crush it.”

Mayer will be on point in the second row beside his teammate Connor Mosack in the No. 28 NicTailor/IFS M1-SLR/Fields Chevrolet Camaro. Mosack missed the full test day yesterday after suffering from dehydration due to food poising. Practice on Saturday morning was Mosack’s first time in the seat this weekend and his first experience at Sonoma.

Row 3 will be another mixed class row with Joiner starting fifth and TA2® class newcomer Carl Rydquist in the No. 47 Racecars4Rent/GroupWholesale Ford Mustang.

In his Sonoma debut with Trans Am, Rob Crocker set the fastest time in the SGT class with a 1:45.158-second lap driving the No. 77 KRYPTAURI Porsche Cayman. However, with the new race rule for 2021, Crocker will start 22nd in the now 29-car field.

“The session was pretty good but the track temperatures dropped quite a bit so getting the tires warmed up was a bit tricky,” Croker said. “Once we got the tires to temperature the car started to hook up a little bit and we made a few last minute set up adjustments that ended up going in the right direction. It was a nice easy breezy session for us.”

Headlining the Sonoma SpeedTour weekend, the combined-class Trans Am 100-mile race is set for Sunday at 1:00 p.m. Pacific.  Follow www.gotransam.com/livetiming for live timing and scoring throughout the weekend.