MONTEREY, CA (30 April 2021) – Mike Skeen saved his best for last Friday in Trans Am SpeedFest action at WeatherTech Raceway Laguna Seca, capturing the TA2® Motul pole with a final minute sprint to the top of the sheets for Saturday’s Trans Am Series presented by Pirelli event.

Skeen will lead the full field of 34 American muscle sports cars to the green flag at 1:10 p.m. PT Saturday for the 100-mile, 45-lap race on the 2.238-mile circuit, with its 11 turns including the iconic Corkscrew downhill plunge. (Download and subscribe to the Trans Am by Pirelli Racing App for Live Stream) 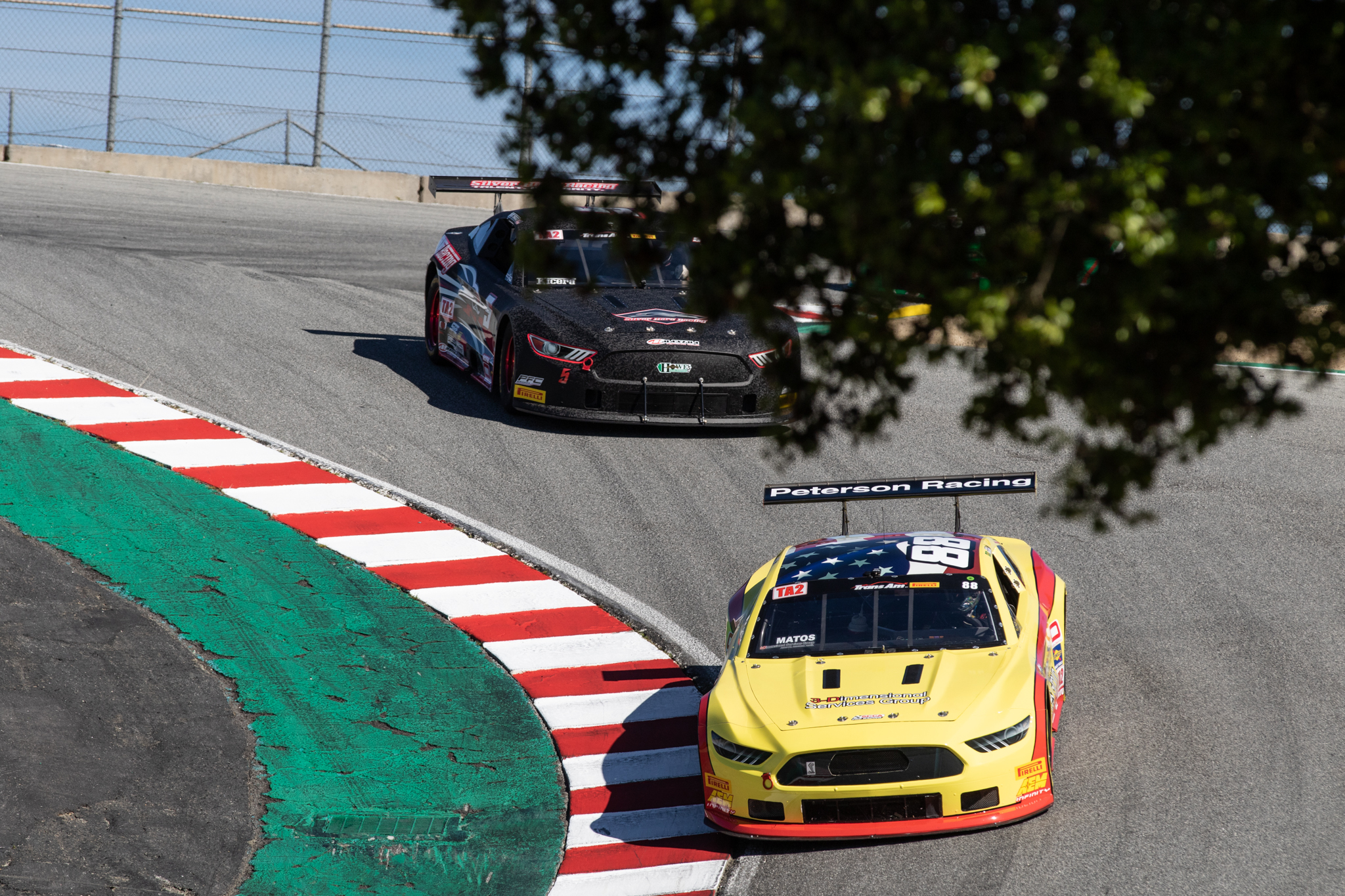 "Thomas (Merrill) is really quick, this is his home track, and we knew today was going to be tough," Skeen said. "With all the cars on the track, the traffic was going to be pretty big. We went out and set a conservative lap to really try and save the tires, waiting for the track to kind of clear out a little bit. We got a nice clean lap in at the end to put it on the pole. The Stevens Miller Racing guys have been working really hard and I am happy to get the Pole Award with this Howe chassis. Hopefully we can keep it out front tomorrow to put the Liqui-Molly Turn 14 Distribution car in the winner’s circle."

Skeen will be joined on the front row by 2018 TA2® champion Rafa Matos, whose best lap of 1:29.223-seconds came midway through the session in the No. 88 3-Dimensional Services Ford Mustang. Matos pitted with enough time remaining to get in another three laps in the 15-minute session, thinking he had the competition covered.

"I suspect that tomorrow will be a dogfight here," said Matos. "On the last three laps I decided to pit to save my tires. I thought I had enough on (Thomas) Merrill and Mike (Skeen) but the track kept getting better, cooler and faster, then Mike was able to get us on that last lap. We have to make some adjustments to the car and I am confident that we can fight for a win."

Merrill, born and raised only 10 minutes from the track in nearby Salinas, quickly made himself at home. He shot to the top of the timing chart, and reset his best lap twice, settling for a lap of 1:29.594-seconds in the No. 81 HPTuners/Mike Cope Race Cars Ford Mustang before Matos – and eventually Skeen – went even faster. 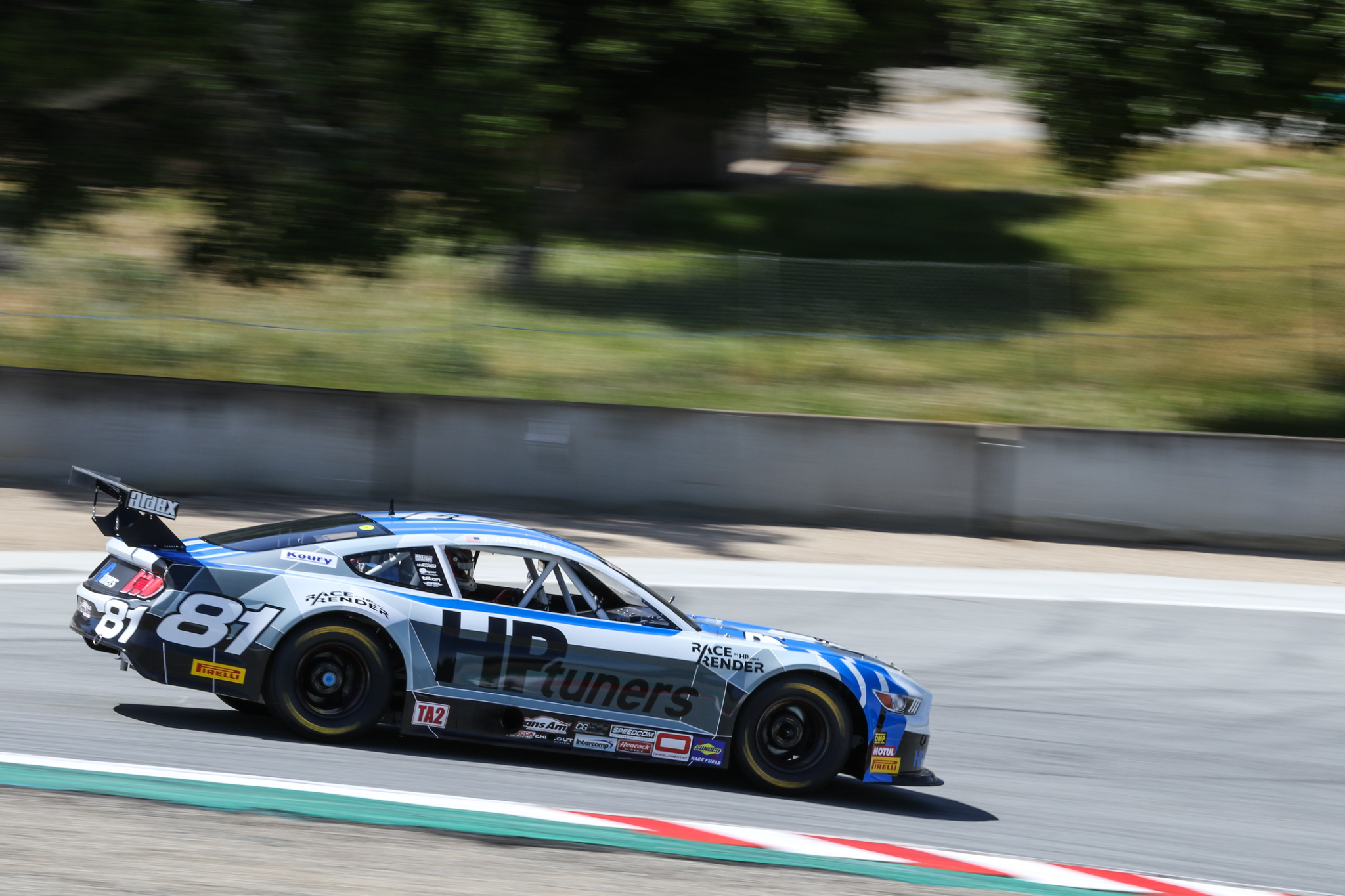 "I don't think we had enough for Mike (Skeen) in qualifying, he did a great job putting a lap together," said Merrill. "Full credit to Rafa (Matos) too, and the both of them for going faster. Since our earlier sessions, the track had gotten greasy and qualifying was the coldest track conditions we've had, and that really changed the game. I think the conditions caught us out, but I know we have a great race car. Depending on the weather tomorrow, we will see who is strong and who isn't. We have a great car, I know we will race well and we've proven we can win the race starting from anywhere on the grid."

Merrill will be joined on the second row by Ed Sevadjian, who had a best lap of 1:30.034-seconds in the No. 38 Big Machine Vodka Chevrolet Camaro.

Carl Rydquist led the TA2® competitors in the Trans Am Series presented by Pirelli West Coast Championship, coming in 12th overall with a lap of 1:31.589-seconds in the No. 47 Racecars4Rent/Group Wholesale Ford Mustang.

"It was a different pace with the National cars here," said Rydquist. "I wasn't really worried about that until we got out on the track and realized I just didn't have the bite from the tires that we wanted. We are a little bit disappointed about the lack of pace, but it was good enough to get us pole position on the West Coast side, so I'll take it. It's just not where we want to be in terms of how much we are getting out of the car. The car is set up for a long race, so our goal for our first TA2 race with the National drivers is to come home with a top-10 finish overall and first in the West Coast Championship." 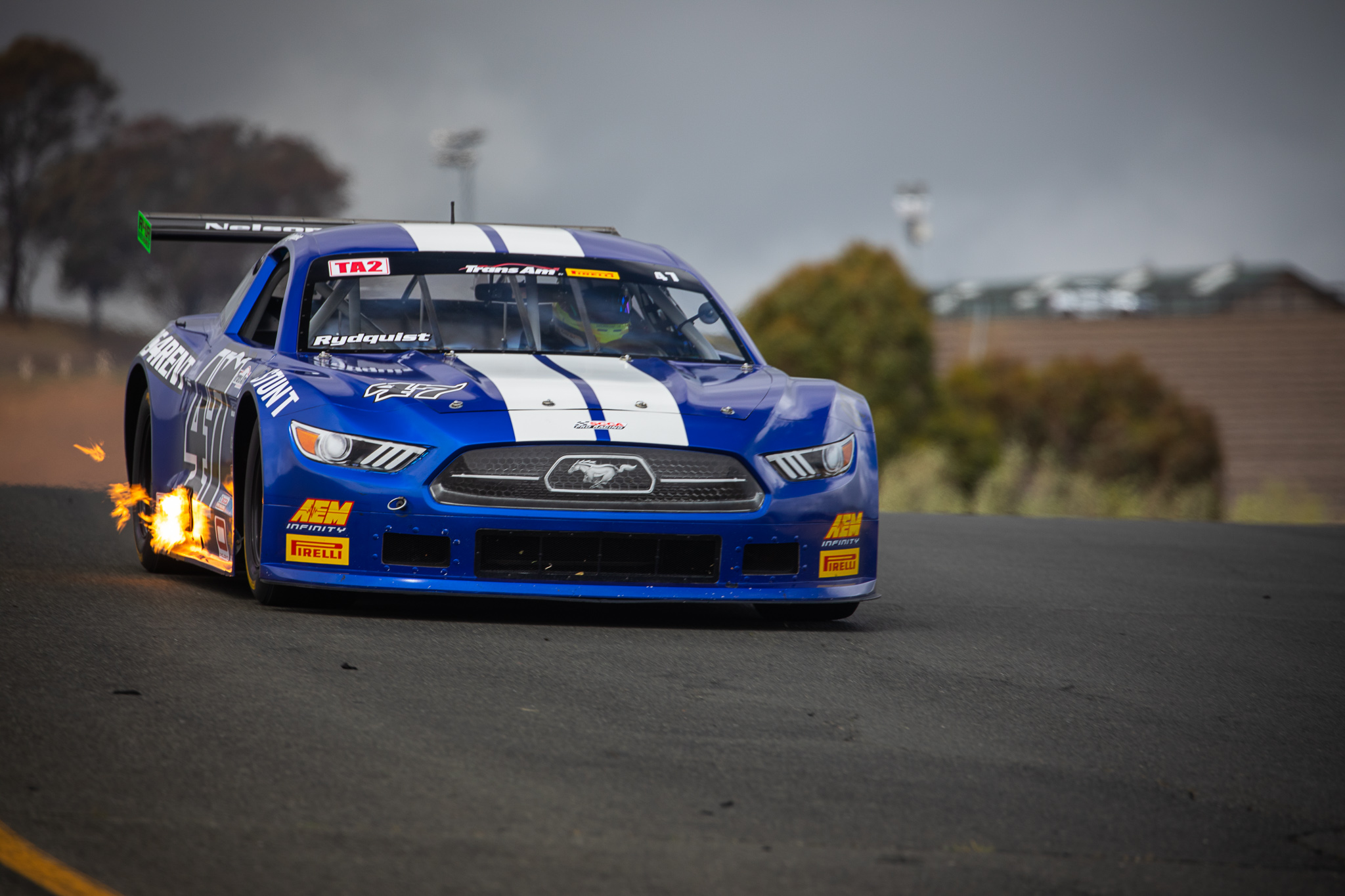 Jim Gallaugher was second among the 16 West Coast competitors, 1:32.063-seconds in the No. 16 Madison Development Group Ford Mustang.

The Trans Am National Series last competed at Laguna Seca in 2019 with the West Coast Championship. Merrill took the overall victory, while Brad McAllister, who timed fourth-fastest among the West competitors on Friday, was the TA2® winner in that event.

The Trans Am SpeedFest is not open to fans but will be live streamed exclusively on the Trans Am by Pirelli Racing App. Download and subscribe here: https://nagrasports.app.link/lIQjdAuxq7.