Lakeville, Conn. (26 May 2021) — On the same 1.478-mile circuit that Sam Posey, Dan Gurney and Parnelli Jones made Trans Am racing the American standard, that heritage continues this weekend at Lime Rock Park for the Trans Am Memorial Day Classic set for May 28-31.

The roar of American muscle cars will rattle the ground as 23 TA2® drivers take the green on the original Lime Rock circuit Monday at 1:30 p.m. ET for 100-miles of Trans Am Series presented by Pirelli competition. Nearly 40 cars will be in attendance for the Trans Am double header. The TA/XGT/SGT/GT class kicks off the race weekend on Saturday.

The last time Trans Am visited Lime Rock was in 2019, when Merrill drove from the pole to claim the checkered. The back-to-back victories (Merrill won at Laguna Seca the event prior) accelerated Merrill’s presence TA2® competition and helped secure his full national tour this season, wheeling the No. 81 HPTuners/MikeCopeRaceCars Ford Mustang.

“The race at Lime Rock in 2019 was my first time ever racing there,” said Merrill. “I had worked for the Skip Barber School there countless times, but never got the chance to race until Trans Am came back there in 2019. It was also my first race for Mike Cope, which could not have gone better. We put the car on the pole, set a meeting track record and led every lap.

“Lime Rock is the only place I’ve raced where the car goes completely airborne every lap,’ Merrill explained. “Normally we avoid that sort of thing, but at that track there’s no way around it! It’s fast, has a great flow, and the fans there are amazing, it’s usually one of the best turnouts of the year. Very excited to be going back, I’m hoping the Cope/HP Tuners crew and I can pick up right where we left off!”

Matos is hot off a dominant win at WeatherTech Raceway Laguna Seca. The victory boosted him in the points standings over reigning champion Mike Skeen by six points (83 vs. 77). Back driving for 3 Dimensional Racing in the No. 88 Ford Mustang, Matos finished fifth at Lime Rock in 2019, and is aiming for a better performance in Connecticut to take first in points.

“The last win at Laguna was a big deal for me and for the team,” said Matos. “It was important to win early in the season and make sure we are close to the top on points. It gave the team and myself a huge boost of confidence going to Lime Rock.

“On the other hand Lime Rock is a completely different race track and we will face a different challenges around that place,” Matos explained. “But know that Peterson Racing will get the No. 88 3 Dimensional Services Group Mustang dialed in. I can’t wait to get behind the wheel!”

Following a championship winning season in 2020, Skeen’s road to a consecutive title has been met with heated battles and mechanical misfortunes. In the opening round at Sebring, Skeen was edged into third in a last-lap sprint to the finish line. At Michelin Raceway Road Atlanta, Skeen faced power steering issues during a rain-soaked race to finish with a fifth-place result. In Round 3, Skeen took second.

With success at Lime Rock in World Challenge, Skeen is now on the hunt for his first win.

“LRP has been a good track to me with a win in my first visit with World Challenge GT and I am eager to get my first win of the season in our No. 1 Liqui Moly/Turn 14 Distribution Camaro,” said Skeen. “Lime Rock is always a tight track with close battles and I am thrilled that Trans-Am utilizes the original layout with The Uphill. It’s always a thrill to launch one of these monster race cars over that crest.”

Posing a serious threat to the national drivers who need every point available to move up in the championship, is Dillon Machavern, who returns to the roster driving for TeamSLR.

The 2019 TA2® Vice Champion finished second at Lime Rock two seasons ago. Machavern nearly took the checkered at Lime Rock in 2019, but dropped wheels off in the Uphill after an unsuccessful pass on Merrill, finishing second following a front-row start.

“I’m back in a TA2 car because I’ve always enjoyed the single-driver, sprint-race format and there is nothing like the raw driving experience of a TA2® machine,” said Machavern. “It’s great to get back to Lime Rock. I have competed at Lime Rock in almost every series I’ve ever done including the Skip Barber Racing School, SCCA, Trans Am and IMSA. I’m coming into the weekend with the expectation that we’re going to be competing for the podium. I tested with TeamSLR earlier in the season and the team showed a lot of pace and I’ve always felt at home at Lime Rock in a TA2® car, so I’m looking forward to battling it out for the top step.”

Machavern will continue his family heritage at Lime Rock Park. His father, David, made his only Trans Am appearance in 1989 at Lime Rock. He finished 21st after overheating in his Corvette.

“My dad (David Machavern) made one Trans Am appearance at Lime Rock (1989)," shared Machavern. "Unfortunately, I was never able to see him race there, but I’ve learned so much from him over the years about race craft and being disciplined throughout a race, which is especially important at a track like Lime Rock where passing opportunities are limited."

Evan Slater is quickly gaining recognition for his driving prowess in the SCCA SRF3 class. Using the new Trans Am ProAm Challenge to test himself in professional TA2® competition, the 15-year-old driver will be racing in the B2 Motorsports No. 58 Innoviv/BH/IGOR/SecurTech Ford Mustang.

“I am very excited for my TA2 debut,” said Slater. “I feel that I am very prepared. I have spent a great deal of time on my simulator to hone my skills on that track in such a fast car.” 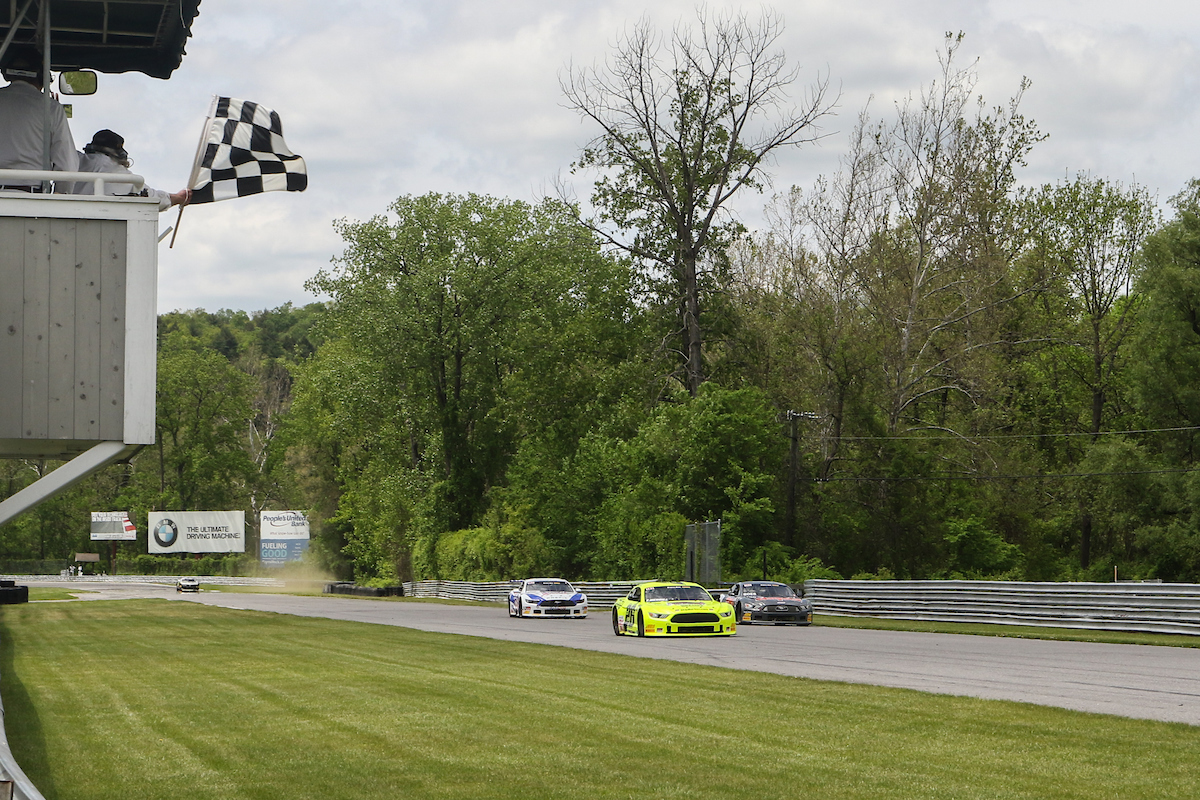 The Trans Am Series presented by Pirelli will run a bit different schedule than normal at Lime Rock. Optional testing for the TA/XGT/SGT/GT class will be held on Friday morning followed by one official practice (2:20 p.m. ET) and split qualifying sessions starting at 5:20 p.m. ET.

Saturday the TA2® drivers will host an optional test session before the 68 laps (or 75 minutes) TA/XGT/SGT/GT Feature Race.

The day will conclude with an official test session from TA2® at 4:00 p.m. ET.  Since there is no racing allowed on Sunday, the track will hold a car show and flea market for spectators. On Monday, the racing action continues with TA2® qualifying at 9:05 a.m. ET and wraps up with the 67 laps (or 75 minutes) race at 1:30 p.m. ET.

The full weekend will be live streamed for subscribers on the Trans Am by Pirelli Racing App: https://bit.ly/2Z9IJKq