The Washington state local clocked the fastest time of 1:40.014-seconds on his seventh circuit, setting the new track record for TA2. Confident in his time, Holden parked the No. 11 Joe'sRacing/MidValleyTrans/M1 Chevrolet Camaro with 14 minutes left on the clock.

“I am so excited and happy to be here in the Joe’s Racing Camaro,” said Holden. “This is my first real racing here at The Ridge. It’s a nice track. They just put in some new curbing and it made the track a little bit wider with a lot of different areas to drive. It’s going to be a good race tomorrow.” 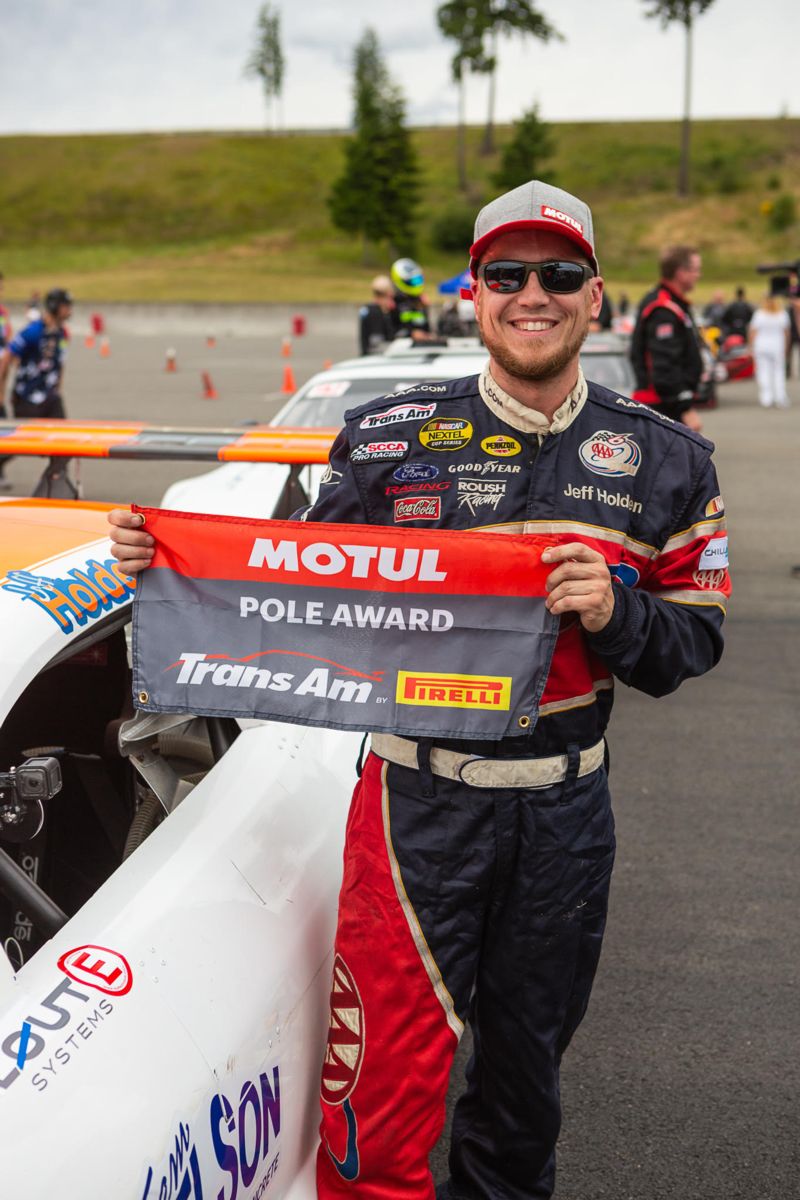 After Darrell Anderson did a pirouette into the Turn 12 barrier earlier in the day during practice, the Thunderhill Raceway pole starter had minimal track time entering qualifying. Anderson recovered to set a 1:41.242-second flyer for a second-place start. With rain in the forecast for Sunday’s 100-mile feature, Anderson is looking forward to a wet race in the No. 45 Park Place Constructors Dodge Challenger.

“I’m actually looking forward to a rain race,” said Anderson. “I was really surprised how much grip the Pirelli rain tires had when we tested on Friday. The tires really throw the water out so there’s no hydroplaning. I hope the black cloud of mechanical issues that we’ve had all season doesn’t follow us tomorrow. We've replaced about everything on the car, so hopefully it’s full steam ahead for the rest of the season.”

In the multi-class qualifying session, Cindi Lux put the No. 5 Lux Performance/Black Coffee Dodge Viper on pole for the SGT class. Lux finished with the third-overall fastest time (1:41.574-seconds). Sunday will mark Lux’s first race back in the Viper in more than a year due to the pandemic.

“I feel rusty, real rusty,” said Lux. “It’s super nice to be back and we will be back for a lot more this year. It’s been nice to see some familiar faces.

“The track is more of a mechanical grip race track, than aerogrip, and that is a big difference,” Lux continued. “Once you get that into your mindset, you can drive the car differently. We changed a few things on the car and it really helped, but all bets are off tomorrow with the rain.”

Driving the No. 62 Architectural Glass Systems Chevrolet Camaro, Michael Fine edged out Chris Cook by a mere .300-seconds on Lap 15 for a second row start. Fine did not save his tires for Sunday’s race as he tied for the most laps turned in qualifying at 15. Expecting rain for tomorrow, Fine’s strategy was to log as many laps as he could on the new road course with the anticipation to run on Pirelli wets during the race. 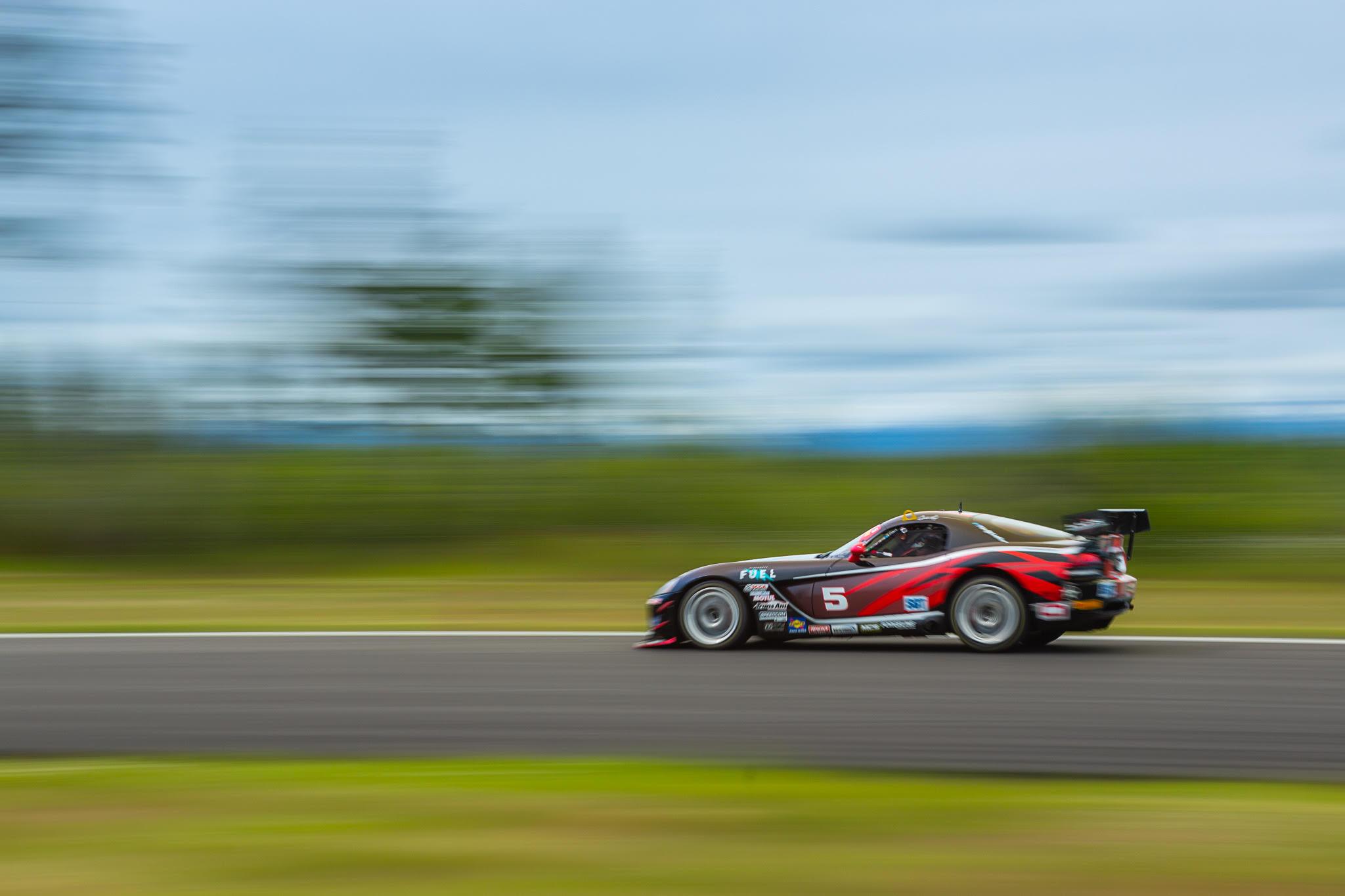 TA2 championship leader Carl Rydquist clocked the second-fastest lap in qualifying in the No. 47 Racecars4Rent/GroupWholesale. However, following post-qualifying tech, Rydquist’s time was disqualified after he did not pass the minimum weight requirement.

SGT points leader John Schweitzer retired to the paddock after just eight laps due to mechanical issues in the No. 00 Superior Builders Inc Ford Fusion. The Washington native is expected to make the race,  but will start from the back of the field in 11th.

The weekend will conclude on Sunday with a 100-mile (41 Laps or 75 minutes) all-class race at 10:30 a.m. Pacific. Gates will be open for The Ridge SpeedTour to fans (TICKETS) and live timing and scoring will be available on www.GoTransAm.com/LiveTiming.