LEXINGTON, Ohio (26 June 2021) – A motivated Tomy Drissi put together a flying lap in the final minute of qualifying to claim the Motul Pole Award for Sunday’s Trans Am Series presented by Pirelli event at Mid-Ohio Sports Car Course.

Shocked to hear his previous best lap had been beaten as he pulled onto pit road, Drissi returned to the track and put together a lap of 1:22.315 seconds – shy of his eight-year-old track record of 1:21.241 – to take his second pole of the season and ninth of his career. 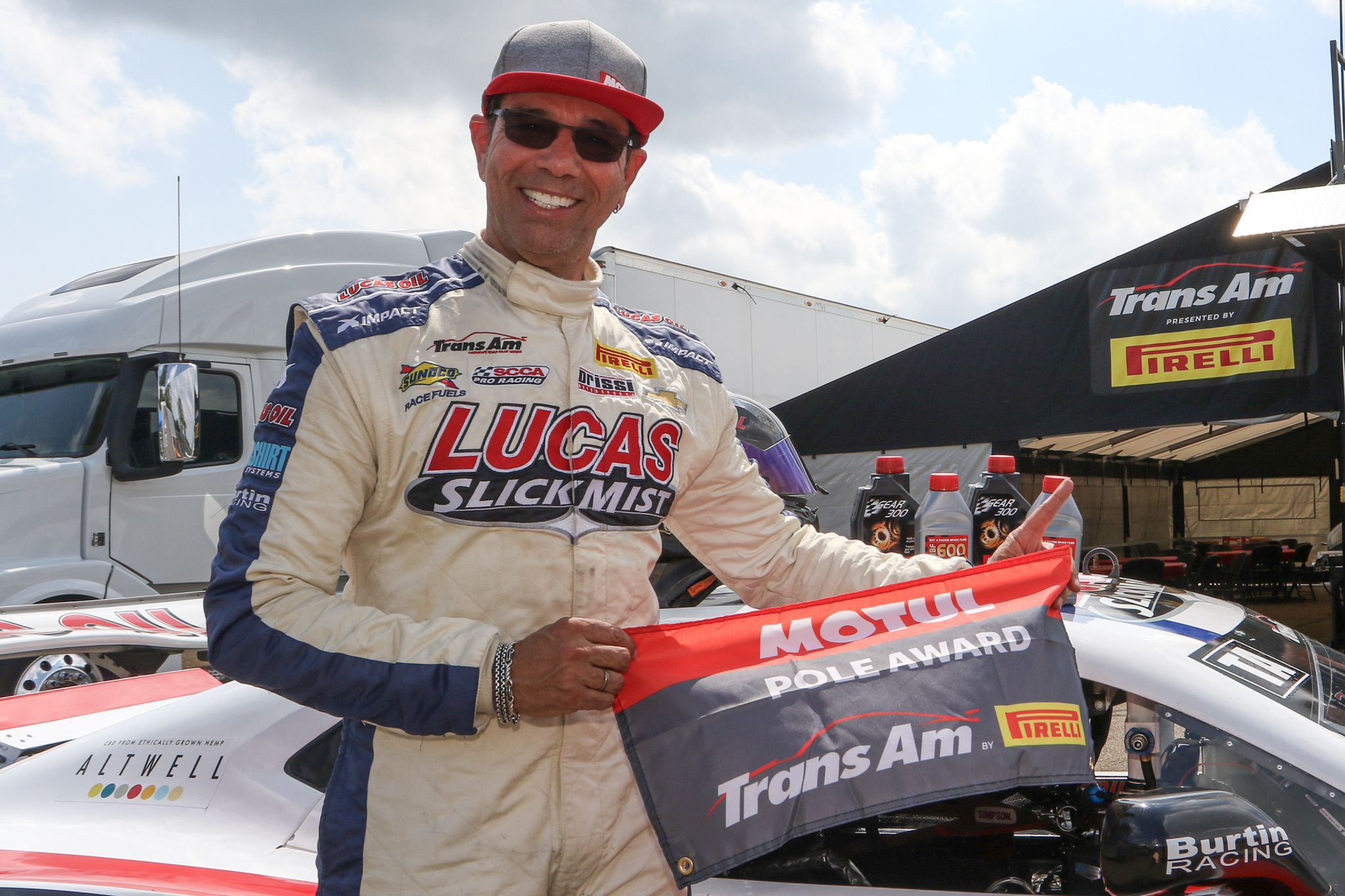 The driver of the No. 8 Lucas Oil Chevrolet Camaro was leading qualifying when he rolled back to the pits with three minutes remaining. Then came the stunning message over his radio that Simon Gregg put down a lap of 1:22.642 in the No. 59 Peter Gregg Foundation Chevrolet Camaro. That would have been the fourth career pole for Gregg – and his first in eight years

“I was relaxing and someone said on the radio that Simon’s up by one-tenth,” Drissi said. “When I got to P1 earlier, it was relatively not too much of a lap, and I think we had a 21 (one minute, 21 seconds) in the car. Then I had about two minutes to come around, because I was in the pit lane, cruising. Thank God I did that. I went out and knew it was fast once I came through the hard part. I wanted a 21, but I didn’t want to risk the car. I just needed to go a couple of tenths quicker.”

Gregg secured the outside front row position with his fast lap.

“We went out real hard from the beginning,” said Gregg. “The car was really hooked up, we had great horsepower and good grip. I couldn’t believe it when they said I was P1 until the very end when my teammate got the pole. It was a good day for Burtin Racing with both cars starting in the front row.” 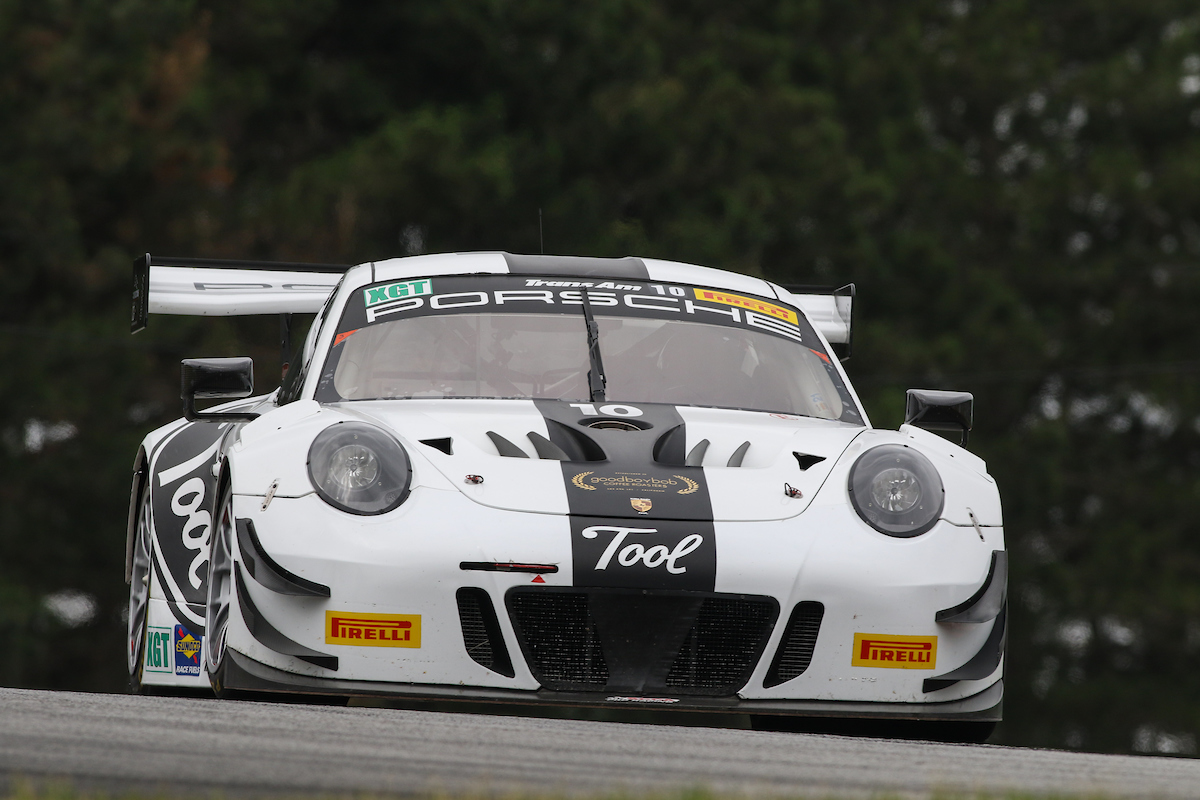 Chris Dyson led early in the session, and ultimately turned in a best lap of 1:22.642 seconds in the No. 20 ALTWELL CBD Ford Mustang, as the top three were separated by half a second. Dyson will be joined on the second row by Paul Fix, who ran a 1:23.722  in the StopFlex.com/Car Coach Reports Corvette.

Defending and seven-time Trans Am champion Ernie Francis Jr. missed qualifying due to his commitment for Saturday evening’s SRX race at Eldora Speedway. Unbeaten in seven starts at Mid-Ohio, he will start the No. 98 Future Star Racing Ford Mustang from the back of the grid in tomorrow’s race.

Erich Joiner was the lone XGT car to qualify, earning his third-consecutive pole with a lap of 1:24.031 seconds in the No. 10 Good Boy Bob Coffee Roaster Porsche 991 GT3 R.

“My favorite thing about Mid-Ohio is how challenging it is with three blind turns,” said Joiner. “But, a close second is the fans here. I didn’t realize how much I missed them here last year until I saw this year’s crowd. Seeing the families enjoy the race together and all the campers around the track as we go around is just so exciting.”

Justin Oakes won his fifth SGT pole, running 1:28.723 seconds in the No. 11 Droneworks Corvette. This is his first outing at Mid-Ohio. 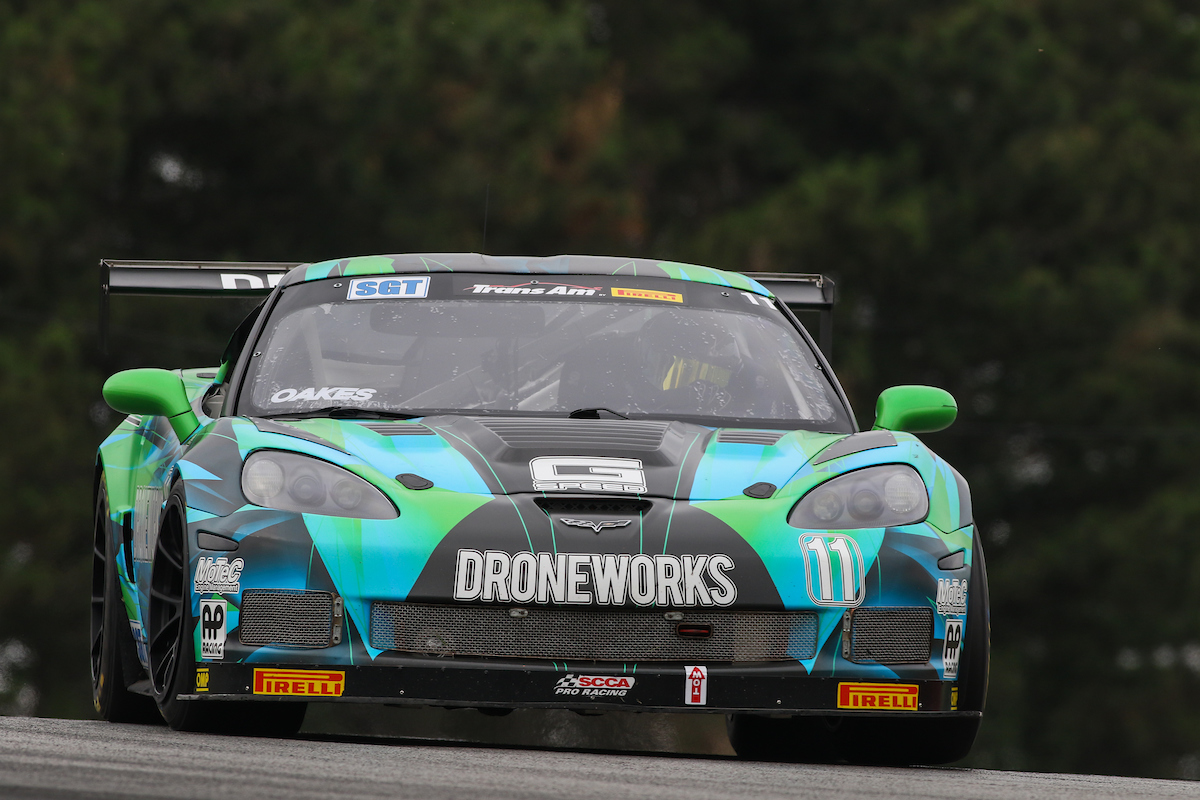 “This place is a lot of fun,” said Oakes. “We only have 25 laps here (all from this weekend) so we had to get up to speed quickly, and to get pole our first time here was a great effort by the whole team.”

The full weekend will be live streamed for subscribers on the Trans Am by Pirelli Racing App: https://bit.ly/35EAnND