VRD teammates Jason Alder and Nico Christodoulou put on a show at VIRgina International Raceway, with Alder taking home two wins and Christodoulou finishing second twice. Erik Evans made his return to the Championship with a fifth-place finish in Race 3 to assist the team with the points needed to clinch the title.

“Winning the F4 U.S. Team Championship was my top priority this season,” Dan Mitchell, VRD Team Principal, said. “To get it nailed down early, despite the stiff competition, makes me so proud of what this team continues to achieve. My thanks go out to the crew, drivers, and sponsors for their hard work and commitment both at the track and away.”

VRD debuted in the F4 U.S. Championship back in 2018 at Circuit of the Americas. Looking ahead to the final event of the season, the team isn’t backing down yet.

“Now that the Team Championship monkey is off our backs, and it’s time to focus on the Driver Championship,” Mitchell continued. “The Grand Prix is a unique event, and it’s an opportunity for our drivers to shine on a very big stage. We are currently sitting third and fourth with Jason and Nico, and we’re ready to bring home another Championship.”

Both drivers are solely focused on putting forth their best efforts on the global stage. 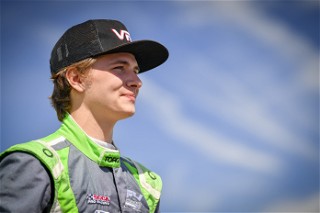 “I’m super proud of the team and how amazing the cars were for us to drive and clinch the team championship,” Christodoulou added. “Now it is full push toward the Driver Championship and winning at COTA.” 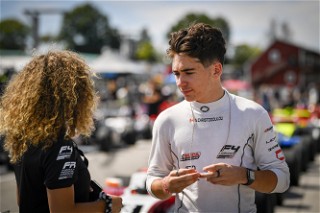 The F4 U.S. Championship will finish their season with a double header at Circuit of the Americas for the FORMULA 1 ARAMCO UNITED STATES GRAND PRIX 2021, October 22-24.