MIAMI (May 10, 2022) – Kyffin Simpson, the 2021 Champion driver of Formula Regional Americas Championship powered by Honda (FR Americas) and current Indy Lights competitor, attended the Formula 1 Miami Grand Prix as a guest of Haas F1 Team in an experience coordinated by FR Americas. With VIP Credentials in tow, the 17-year-old Caribbean Islander got an exclusive behind-the-scenes look at the weekend.

What were some of the things you got to see and experience?
Simpson: “It was a really cool experience in Miami. I was able to meet Kevin [Magnussen, driver of the No. 20 for Haas F1 Team], Mick [Schumacher, driver of the No. 47 for Haas F1 Team] and Guenther [Steiner, team principal of Haas F1 Team], and had some time to talk with each of them during the weekend. I was able to hang out in the back of the Haas F1 garage, and was able to listen on the team radio to hear more about their setup and strategy, which was really interesting. There were a lot of celebrities there to watch the race, and I was able to meet a few of them, as well.”

Were you able to get an up-close look at the engine, and if so, what did you think of seeing the innards of an F1 engine compartment?
“Yes, the Haas F1 Team had another room where they kept a couple of engines and we were able to go in there and see that. They were dissembled at the time, and honestly it was a bit difficult to tell what went where, but it gave a great perspective on how many components are included. I was able to see the actual race engines while inside the garage, so to see how they start with the various components and then how everything fits together into quite a small area, it made it even more impressive.”

Did you notice any similarities or differences from the Haas F1 Team to your team at TJ Speed Motorsports?
“The way they talked about setup was quite similar, which was interesting to hear. In fact, the way they talked on the radio, in general, is very similar. It was really cool to be able to see that parallel.” 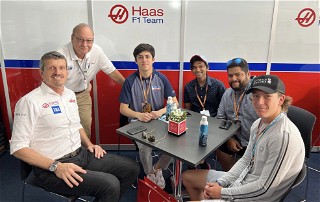 You were able to spend time with each of the Haas F1 Team drivers, and even sat down with team principal Guenther Steiner. Did you walk away with any words of advice?
“When talking with Kevin and Mick, we more so just talked about racing in general. Which, honestly, was quite cool to have a conversation like that with some of the best drivers in the world. With Guenther, however, I was able to get some more advice. He talked to us quite a lot about knowing the right people and spending time with the right people. Connections are a big part in motorsport, and he really stressed that.” 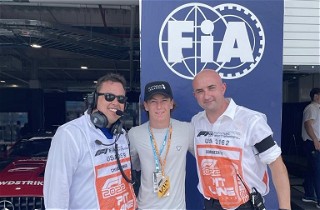 I know you were able to connect with two officials that you knew previously from your time in FR Americas, what were they able to show you?
“That was fun. I knew both of them from when I raced with FR Americas, but they were in Miami as part of the scrutineering team. With them, I was able to walk down the pit lane to see all the cars as they were getting ready for the race. They also took me back to the tech area and showed me all their technology that they use to tech the cars, and talked through the specific aspects and areas that they look for to make sure the cars are in compliance. It was very interesting.”

What did you think of the track in Miami?
“The track looked pretty cool, but it also looked quite difficult—especially to be consistent on. It seemed like as soon as they made even a slight mistake and got off-line, there was very little to no grip. I think it would’ve been a fun track to drive, just maybe a little difficult to race. Still, it was awesome to watch the race.”

What were your overall impressions of the weekend, and what impact do you think the Miami Grand Prix will have on growing the American motorsport fan base?
“The Miami Grand Prix was a great event. There were concerts every day, and just stuff going on constantly. There were all sorts of cool things in the fan zone—there was a simulator set up, a pit stop challenge, a reaction test and all sorts of fun things to do. The vibe was great, and there were tons of fans there having a great time. I think it definitely was a great place to grow motorsport and get new interest in the sport.” 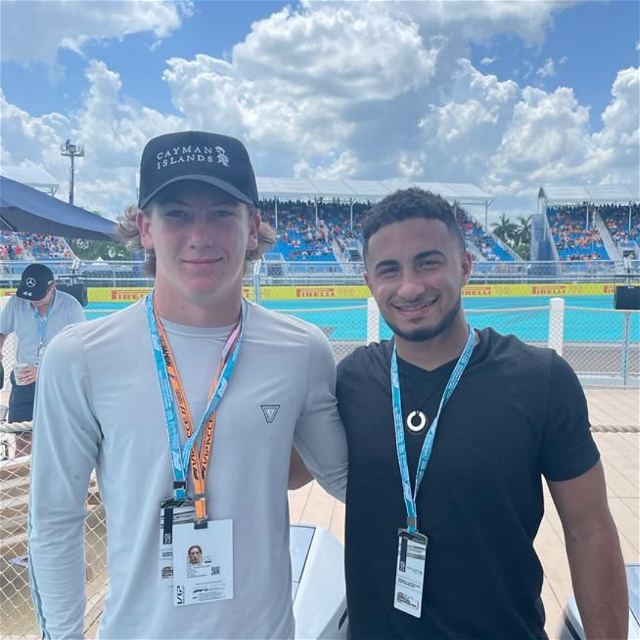 All photos courtesy of Kyffin Simpson.