Get to know Matt Christensen in 10 Questions

Get to know Matt Christensen in 10 Questions

Matt Christensen is back for his sophomore season in the Formula 4 United States Championship Powered by Honda. Racing the No. 45 Ligier JS F4 for Velocity Racing Development (VRD), Christensen has four podiums this year, including back-to-back wins at Road America.

MC: “Yeah. I think there’s some situations where luck comes into play and it allows you to get away with certain things that you couldn’t get away with normally.” 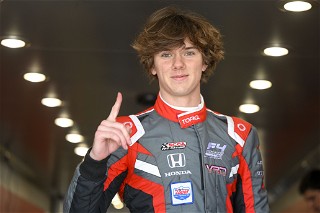 MC: “Excitement, but also sometimes a little nervousness before the race.”

MC: “I was around 14 or 15; I had to come up with it for the Lucas Oil School of Racing that I was running with at the time.”

MC: “I sit in the trailer by myself while I’m cooling down, and then I’ll go talk to my mechanics and engineer to figure out what I did wrong and how I can do better the next time.

MC: “I think I’d enjoy being a fitness influencer.”

MC: “Probably Carlos [Clemente] — he works for Gonella Racing now. He was my go-karting mechanic when I was around 11 or 12 years old.” 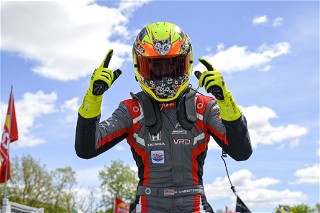 What came first – working out or driving racecars, and did one lead to the other?

MC: “Driving racecars came first, and getting fit to race is what led to me liking the gym.”

Last week I talked to Noah Ping and I asked him for a question to ask you. He said to ask, what makes you wear hats the way you do—I think it’s an inside joke.

Do you have a question that I can ask the next driver I interview? It will be Alex Berg.

MC: “What do you like better—the Mazda Miata or the F4 car?”