Hughes, Morris, Ping and Shehan to Battle It Out at COTA

INDIANAPOLIS (October 25, 2022) – Four drivers remain in contention for the Formula 4 United States Championship Powered by Honda (F4 U.S.) title as the series enters its final round of the 2022 season at Circuit of The Americas (COTA) next week. Lochie Hughes joins Bryson Morris, Noah Ping and Ryan Shehan in the championship fight, with a scholarship to compete in the 2023 season of Formula Regional Americas Championship Powered by Honda on the line. 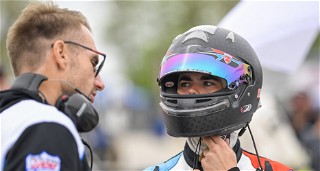 Hughes (No. 6 Jay Howard Driver Development / CSU One Cure / Lucas Oil / Pelican Ligier JS F4) currently controls the standings with four wins and four runner-up finishes, for a total of eight podiums on the season. The Australian holds only a seven-point lead over second-place Morris (No. 39 Crosslink Kiwi Motorsport Ligier JS F4), who has frequented the F4 U.S. podium more than any other driver this season with 10 finishes inside the top three, including three wins. Ping (No. 65 Velocity Racing Development Ligier JS F4) and Shehan (No. 66 Crosslink Kiwi Motorsport Ligier JS F4) are both still mathematically in the chase, but will face an uphill battle to take the title sitting 44 and 57.5 points behind the leader, respectively. During the series’ most recent outing at VIRginia International Raceway (VIR), Shehan opened the weekend with a victory in Race 1, while Ping capped the weekend as the series’ most recent winner with a victory in Race 3. Morris also secured a race win at VIR, while Hughes recorded a best finish of second in the weekend’s three races. The 2022 F4 U.S. champion will receive a scholarship to compete next season in Formula Regional Americas Championship Powered by Honda. The prize package includes an engine lease from Honda Performance Development (HPD), chassis lease from Ligier Automotive, tires for all official sessions from Hankook Tires, as well as entry fees and a marketing package from Parella Motorsports Holdings. Additionally, the championship-winning driver will receive $25,000 from HPD, along with a carbon Bell helmet, a custom OMP racing suit and an invitation to the FIA Prize Giving Ceremony. The driver will also be awarded 12 FIA Super License points, which are imperative for drivers looking to advance on the Road to F1. 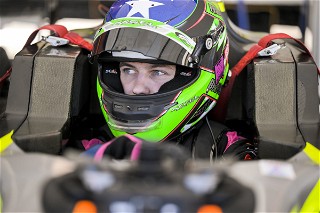 The team championship points battle is down to three organizations, as Crosslink Kiwi Motorsport leads the charge. Velocity Racing Development trails by just 46.5 points, and Jay Howard Driver Development is 93 points behind in third. With up to 129 points available at COTA, any of the three teams could take the title.

The 2022 season will conclude with the Mission Foods Austin SpeedTour at Circuit of The Americas, November 2-4. After the final three rounds on the track, the event will culminate with the Championship Awards Banquet on Friday evening.

About Formula Regional Americas Championship & Formula 4 United States Championship Powered by Honda: The FIA-certified Formula 4 United States Championship (F4 U.S.) & Formula Regional Americas Championship (FR Americas) are designed as entry-level open-wheel racing series offering young talent the opportunity to demonstrate their skills on an international platform while keeping affordability and safety as key elements. The Championships align with the global FIA development ladder philosophy of using common components to provide a cost-efficient, reliable and powerful racing structure as drivers ascend through the levels on their way to U.S. or global racing success. The F4 U.S. Champion is awarded a scholarship to compete the following season in FR Americas, while the FR Americas Champion is awarded a Super Formula Scholarship from Honda Performance Development and Honda Motor Co. Motorsports Division.